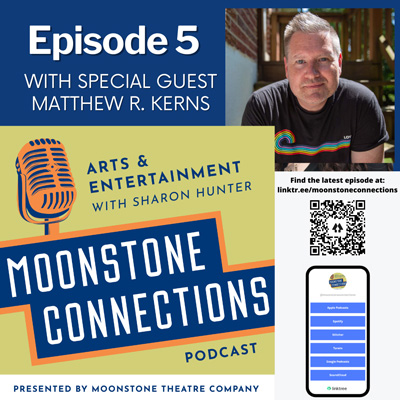 Matthew is an artist, educator, and community leader. His artistic body of work is multi-disciplinary and some of his favorite projects are: A Christmas Carol, an eight-minute solo-performance; Read, Sing; Resist, Melania Trump; The Talking Cure Speaks; Gay Fantasia, a late-night immersive event; CHICKEN, a solo-performance journey of life, liberty, and the pursuit of healthiness in the shadow of HIV, as well as directing productions of FROST/NIXON and 1984. As an educator he has taught at independent schools, colleges and universities across the nation. His students have gone on to careers starring in Broadway shows, television, and major motion pictures. In 2006, Matthew was a member of faculty awarded the Creative Ticket National School of Distinction Award from the John F. Kennedy Center’s Alliance for the Arts Education Network. Matthew is the Producing Executive Director at St Lou Fringe and Director of the Emerging Leaders Program & Member Relations for FOCUS St. Louis. He also owns an independent arts company named, The Drama Club STL. Matthew was honored to be named one of the 2020 Diverse Business Leaders by the St. Louis Business Journal last year for his work with St Lou Fringe. Matthew married Sean Gottlieb last year in a simple ceremony under the St. Louis Arch. They live in Lafayette Square in a row house built in 1890 with Lewis the Dog and Tuxedo the Cat.