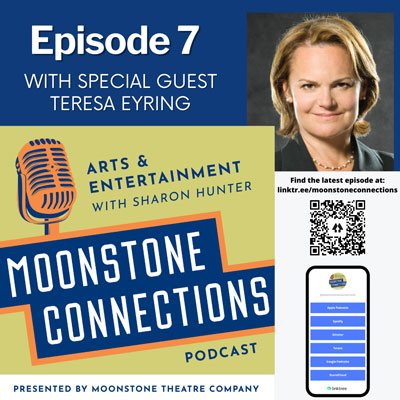 Teresa Eyring (she/her/hers), executive director/CEO, joined TCG in 2007. Teresa Eyring has served as executive director of TCG since 2007. Under her leadership, TCG has invested in building greater equity, diversity, and inclusion in the American theatre field and promotes a vision for “a better world for theatre, and a better world because of theatre.” Prior to joining TCG, Eyring spent more than 20 years as an executive in theatres across the U.S. Prior positions have included: managing director of the Children’s Theatre Company in Minneapolis; managing director of the Wilma Theater in Philadelphia; assistant executive director of the Guthrie Theater in Minneapolis; and development director of the Woolly Mammoth Theatre Company in Washington, D.C. Eyring holds a BA in International Relations from Stanford University and an MFA in Theatre Administration from Yale School of Drama. She is on the boards of the Actors Fund, the Performing Arts Alliance, and the Upper Manhattan Empowerment Zone. She is also an advisory board member of SMU DataArts.